Truck Driver: One of America’s Most Dangerous Jobs

The Myth of Driver Shortage in the Trucking Industry

According to a recent federal report, truck drivers face one of the most dangerous occupations in the United States. While logging workers topped the list with almost 111 fatal injuries on the job per 100,000 workers, truck drivers and other drivers ranked #8 with almost 25 on-the-job fatalities per 100,000 with a total number of 880 fatalities in 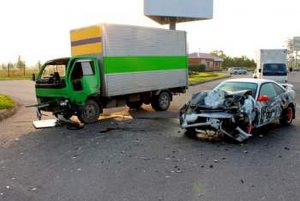 2015. Drivers accounted for a disproportionate share of the year’s 4,821 fatal workplace injuries.

What makes truck driving such a dangerous job? Several factors are at work.

Truck drivers drive for up to 14 hours a day then receive up to 10 hours off before starting their next shift. While legislation has attempted to reduce the number of hours a driver can spend on the road without a break, drivers face strict deadlines and long hours on the road. This can easily lead to fatigued driving that puts truck drivers as well as other drivers at risk.

Most drivers do not receive more than 1 day off per week in exchange for an average annual salary of less than $38,000. This equates to working more than 4,400 hours per year for an hourly wage of just $8.40. Because drivers are generally paid per mile driven and not hour worked, many feel pressured to stay on the road, even when they are tired and it’s no longer safe to do so.

Long shifts on the road can lead to fatigued driving, but truck drivers also have trouble finding a safe place to sleep at night. Many states are shutting down designated truck rest stops along interstates, forcing drivers to park alongside highways and in parking lots at night. In many cases, the nearest place to sleep is 20+ miles off-route, which makes it harder for the driver to resume driving in the morning and catch up. 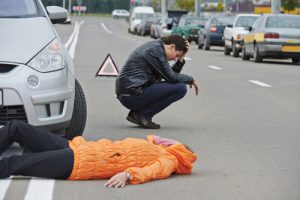 appointments, yet they are at a higher risk than the typical American of developing health problems like diabetes, depression, and high blood pressure. Truck drivers have a disproportionately high obesity rate as they rarely eat hot meals and the time away from home often leads to loneliness and depression.

Have You Been Hurt in a Truck Accident?

Unfortunately, the trucking industry isn’t just dangerous for truck drivers; these factors can also put other drivers at risk. Trucking accidents account for a disproportionate share of traffic fatalities and injuries in the United States due to the size of the vehicle, blind spots, uneven cargo loads, and other factors. If you have been hurt in a truck accident in Delaware, the trucking company may be responsible due to improper hiring standards or insufficient driver training. The truck driver may also be responsible if he or she was driving fatigued, under the influence, or failing to drive safely. Contact Edelstein, Martin & Nelson today for a free consultation with a Delaware truck accident injury attorney to discuss your case.