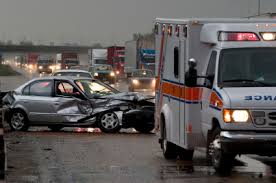 The crash occurred at about 2:25 a.m. August 6, on Route 273 also called Christiana Road into the parking lot of the Danny’s Restaurant, at 80 McIntosh Plaza.

Mathis’s car was hit on the right-hand side in front of the Dodge.

Mathis was properly restrained at the scene and was treated there by New Castle County Paramedics and was taken to Christiana Hospital by EMS where he was admitted with serious injuries.

Dodge Ram driver, 37, and a female passenger, 25, were both treated at the crash site then taken to Christiana Hospital where they were treated and released.

DE Rt.273 was shut for about 2 hours for clearance and investigation of the crash.

The crash is still under investigation by Delaware State Police.

If you are a victim of an accident due to the wrongful conduct of someone else, the most important thing to do is to contact a personal injury attorney. An experienced attorney who can help you to break through the challenging legal proceedings that can prevent you from proper compensation for your injuries, damages among other losses. The personal injury attorneys at Edelstein Martin & Nelson-Wilmington have been making sure that victims of accidents are well compensated for their injuries for forty years. If you are a victim of an injury accident, give us the chance to help you get your rightful compensation. Call us today on (888)-208-8864.