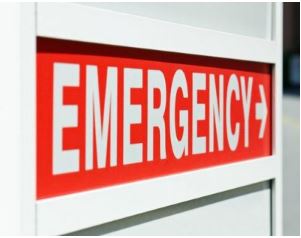 Centerville, Delaware (July 28, 2017) – Three people were injured  Friday afternoon following a traffic collision at an intersection in Centerville, according to a police report.

The incident occurred at the intersection of Kennett Pike and Owls Nest Road and involved two vehicles.

Three people were injured in the crash. Two were transported to a hospital with non-life threatening injuries. The third person declined to be transported.

Both vehicles sustained heavy damage in the crash.

Traffic backed up in the area as crews worked to clear the scene.

The Delaware State Police is investigating the cause of the crash.

Getting hurt in an accident due to the negligence of someone else can be a stressful experience. If you have been injured in a crash in which negligence was a factor, you are advised to take the case to court. At Edelstein Martin & Nelson – Personal Injury Lawyers Philadelphia, out injury attorney will fight for your rights and make sure that justice is well served.  An experienced lawyer will make sure you will be compensated financially for wage loss, pain and suffering and injuries. We have been helping people for the last forty years with personal injury law. Call us today at (888)-208-1810.